Tomorrow is Independence Day in the United States, commonly referred to as the 4th of July. Americans celebrate in a number of ways, and we’ve probably participated in most of them: fireworks shows, classical concerts ending with the 1812 overture, block parties and the like.

This year we’re going with a quieter approach. Our boys have outgrown the neighborhood block party and frankly its a bit of a relief. I’ve always preferred smaller, quieter gatherings. Small talk wears me down and the heat of the day leaves me exhausted. The work involved setting up and tearing down tables and chairs, canopies, etc. is something I’m happy to leave in the past.

Although fireworks are illegal in Santa Clara County, we’re hearing the percussive boom of mortars going off nearby. It’s a huge strain on the cats, who’ve retreated under beds or in closets. It’s hard seeing them frightened knowing there is nothing we can do but wait it out.  Unfortunately, the worst is yet to come.

As America celebrates its hard-won independence from the British Monarchy,I hope people will stop and reflect. What is the true meaning of democracy; why is freedom of the press so important? Our sitting president is making a mockery of what this country stands for.

Here is a brief excerpt from the Declaration of Independence. Source: Wikipedia

We hold these truths to be self-evident, that all men are created equal, that they are endowed by their Creator with certain unalienable Rights, that among these are Life, Liberty and the pursuit of Happiness.

This has been called “one of the best-known sentences in the English language”,[8] containing “the most potent and consequential words in American history”.[9] The passage came to represent a moral standard to which the United States should strive. This view was notably promoted by Abraham Lincoln, who considered the Declaration to be the foundation of his political philosophy, and argued that the Declaration is a statement of principles through which the United States Constitution should be interpreted.[10]

On the eve of what should be a great celebration, it’s hard not to feel a little blue.

Red, white and blue books in the Little Free Library and an assortment of bookmarks for the taking

My apologies to the rats, crows and mice of the neighborhood.  You’ve all been unjustly blamed for the damage to my swing cover. Today this brazen squirrel continued her destruction.  Here she is: caught in the act!

Let me just put this back for you

She barely looked up when the camera flashed, then went back to the  business of chewing. She ran off when I stepped outside. I decided to cut my losses at that point, and pulled out what remained of the soft cord.  I draped it along the back of the swing, fairly sure she’d return when I turned my back.

I came back mid-afternoon after a few appointments and there she was again, this time under the swing. She’d pulled the cover half off. Rather than shredding the offered cord, she took the entire length back to her presumed nest. I’m sorry to have missed that photo opportunity.

My swing cover is beyond repair now. Perhaps the ‘silver lining’ is knowing that part of the cover will be keeping tiny squirrels warm and comfortable in a nearby tree.

Tomorrow is Independence Day in the States. My teenage boys have outgrown the 4th of July parade, so I’ve re-purposed all their 4th of July sparkle. I gathered the ribbons, pinwheels,and other bits of red, white and blue once used to adorn their bikes and added some bling to the garden.  Doesn’t the pumpkin patch look festive?

Pumpkins, sunflowers and some 4th of July bling

It’s a funny thing celebrating American Independence Day when you’re a Canadian ex-patriot with a British father. I sometimes feel like a bit of a fraud. So in my heart I’ll celebrate independence for all the citizens of the world. Let freedom ring.

Showing our colors, gardening style with blue Delphinium and red and white petunias

Tomorrow is Independence Day in the States, simply referred to as ‘the 4th.’  Many years ago one of my teachers presented us with a series of logic questions including ‘do other countries have the 4th of July?’  Of course the answer was, ‘yes’ referring to the date, not the occasion.  I probably got it wrong too, but hey, I learned from my mistake.

On the subject of mistakes, here are a few to avoid altogether, as told from the perspective of a garden fairy:

Keep your animals indoors.  More animals go missing on July 4th than on any other day of the year. The fairy garden critters are under wraps for the next 24 hours. Please keep your cats and dogs, deers and frogs safely indoors as well.

Safe and sane fireworks.  Anything with the word ‘fire’ in it deserves our respect.  I’ve set up extra chairs and few lichen-covered logs for fairy garden fireworks viewing at a safe distance from all the action.  If you’re watching the works, be sure to keep your distance, too.

Safe celebrations in the fairy garden

If you reside in the US, happy Independence Day.  Happy 4th of July to everyone else.  😉 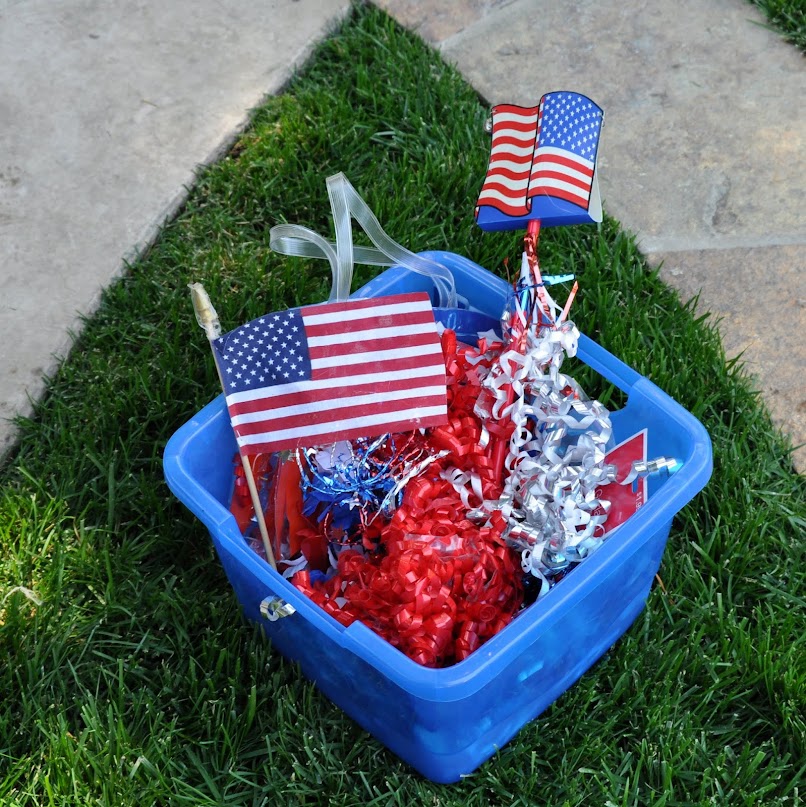 I’ll use any excuse to decorate so I headed to my favorite nursery on Tuesday and picked up some red, white and bluish flowers for the garden.

I replanted the curb-side pot, spruced it up with goodies from the 4th of July bin and used the extras for the fairy garden.  We’re cooling our jets during the mid-day sun, but will join the block party shortly.

If you celebrate the 4th, may you have a fun and festive day.  If it’s just another day on the calendar, I hope you are simply enjoying life in your corner of the world. 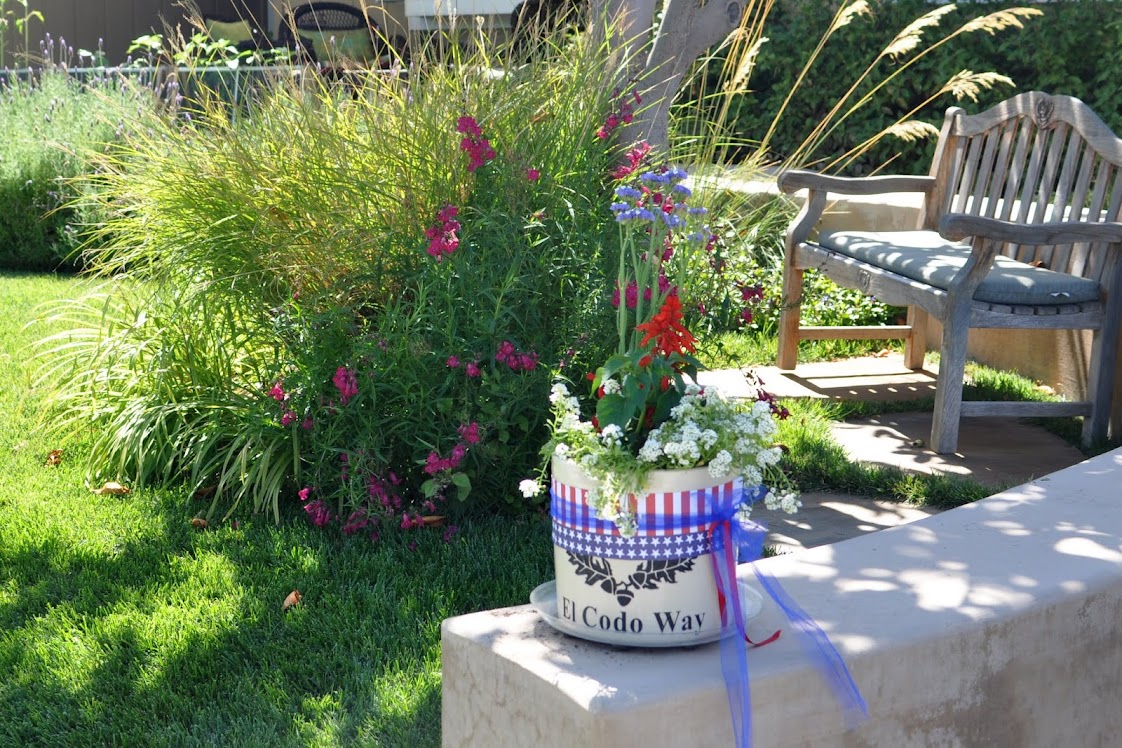 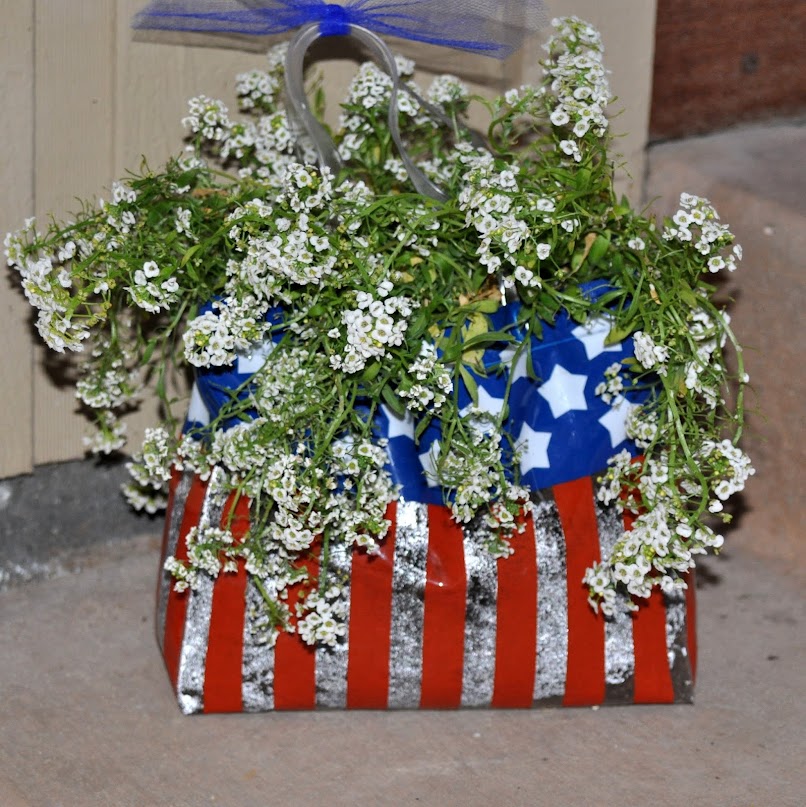 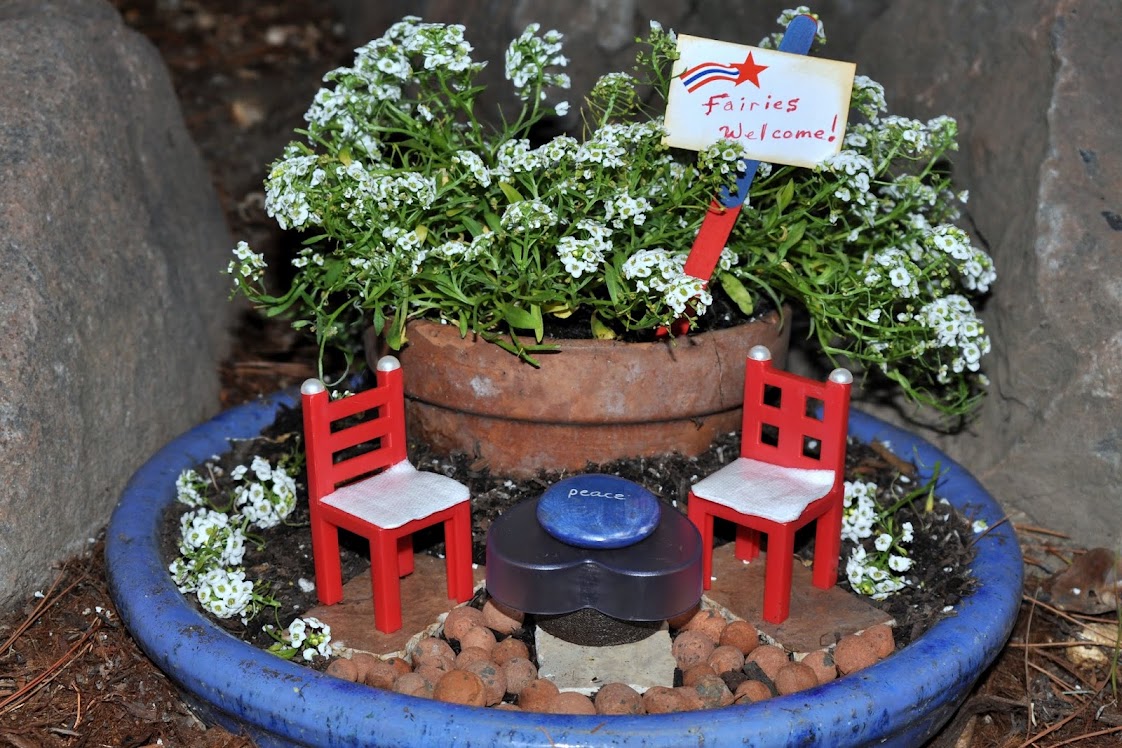 Our neighborhood pool association hosts a parade and watermelon eating contest every year in honor of Independence Day.  Now that my boys are older, they fly off on their bikes, leaving me free to snap photos of the four-legged participants.  Here they are: 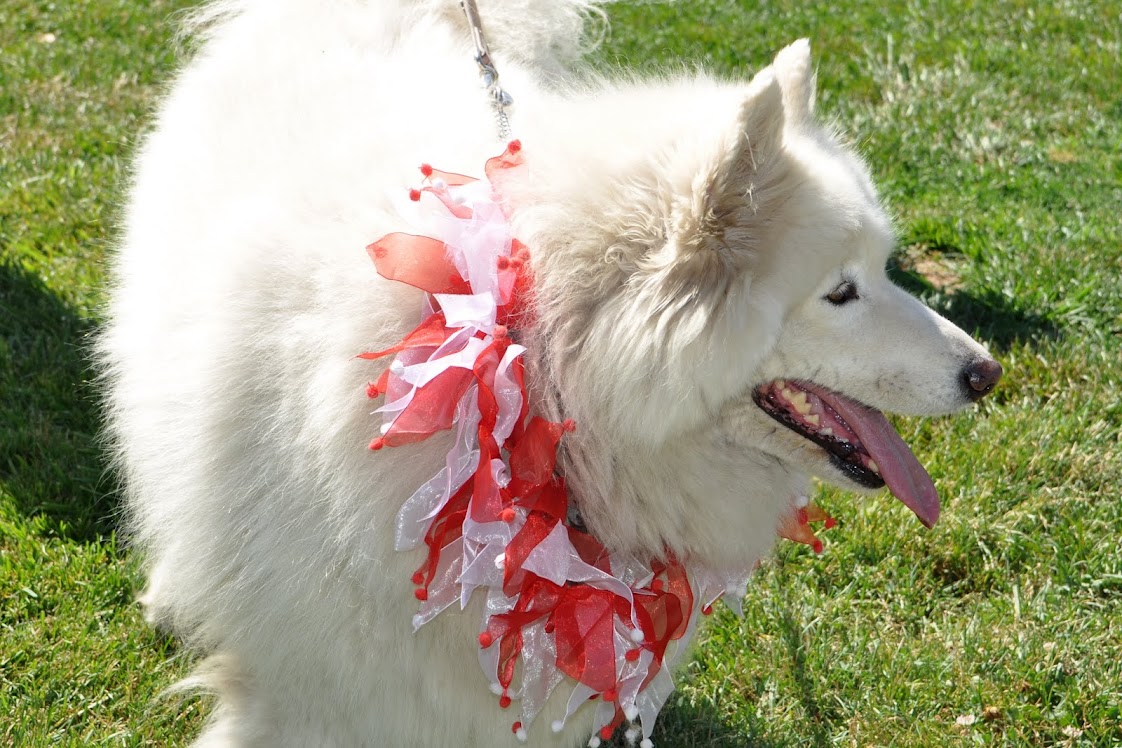 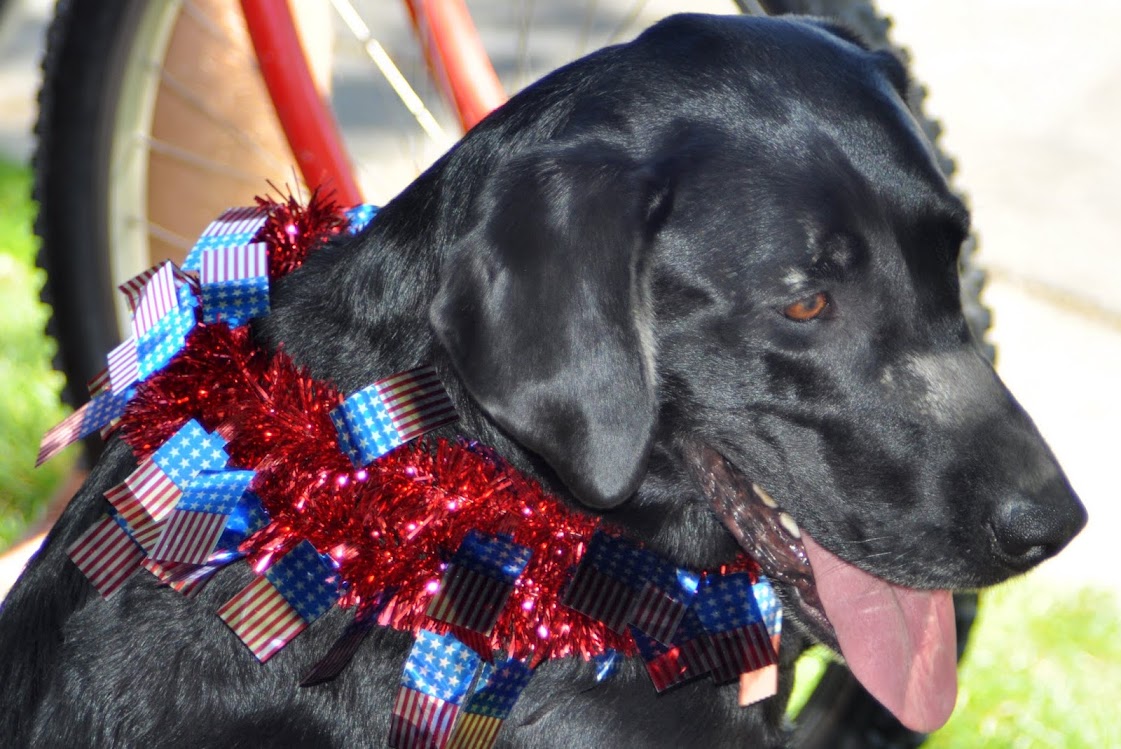 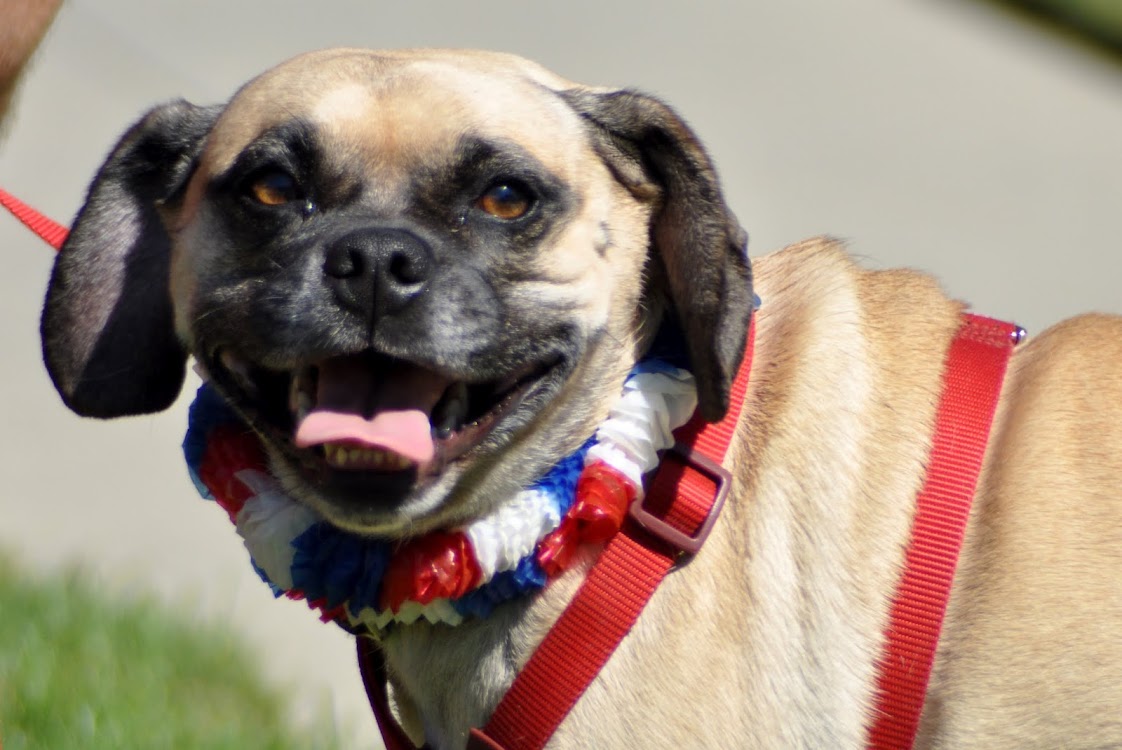 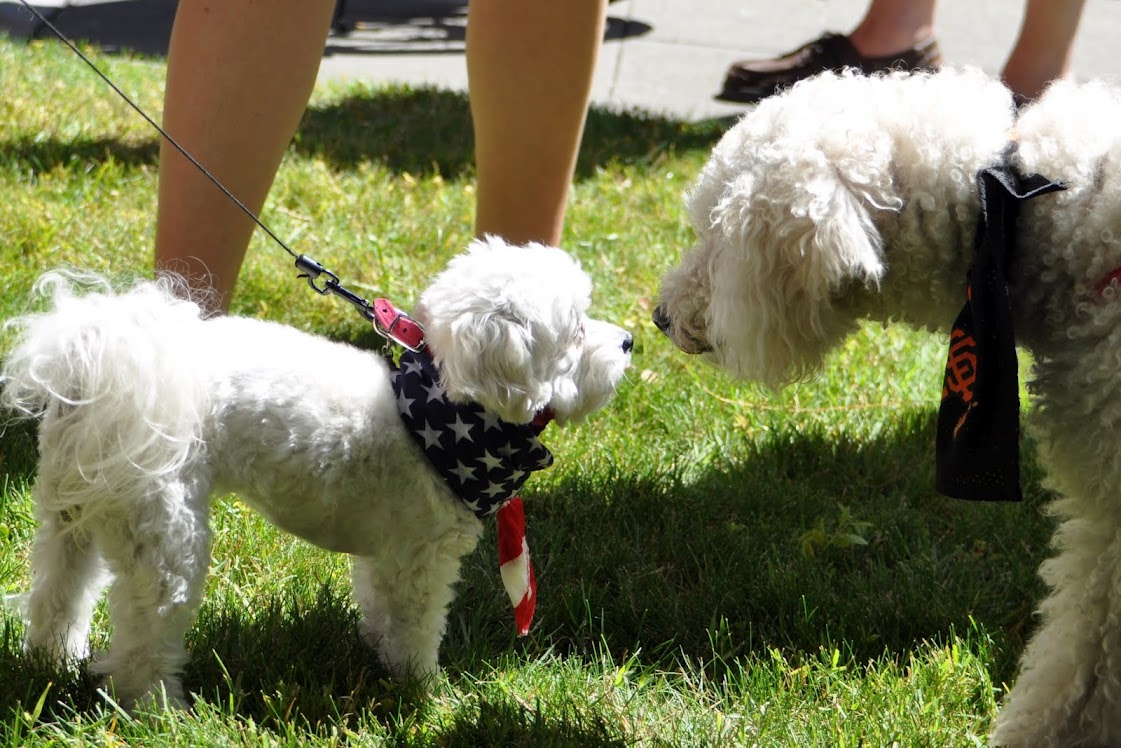 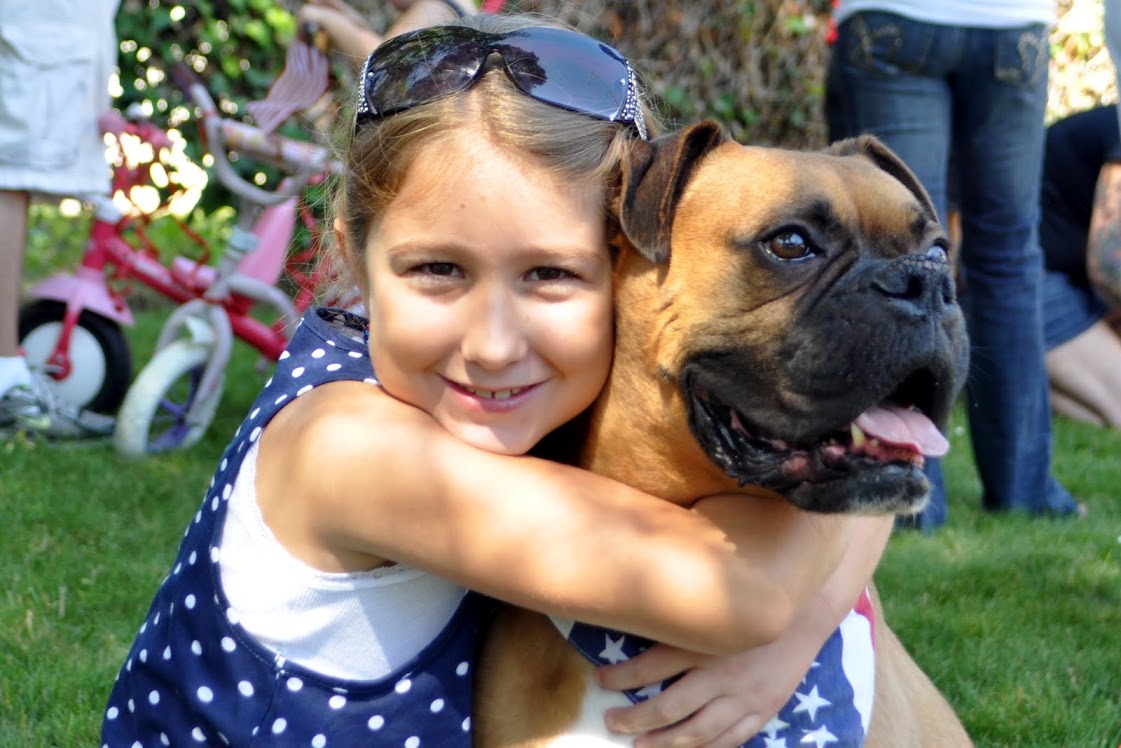 My Favorite Picture of the Day