Pumpkins are so entrenched in our North American culture this time of year, that it’s easy to forget they’re not equally popular the world over.  They’re native to Central America and Mexico, but they’ve been grown in North America for five thousand years.

Pilgrims learned to cultivate, grow and store pumpkins from the Native Americans.  Without them, they would have starved in those early 1600s winters. Pumpkin pie is traditionally served  at the Thanksgiving meal.  It’s easy to forget what a significant role it played in the early Pilgrim’s lives.

We have a number of pumpkin festivals and pumpkin “patches” in our community.  We attended many of them when our boys were young, and were sorry when a few closed to make room for development.

The immensely popular Half Moon Bay Pumpkin Festival, dubbed the World Pumpkin Capital celebrates 42 years in 2012. The festival highlight for those of us serious about pumpkins, is the great pumpkin weigh-off.  Last year’s winning pumpkin tipped the scales at a mind-boggling 1,704 pounds. Unfortunately, the festival has grown so popular that it can take upwards of an hour to get to the center of town.  We joined friends for an off weekend last year, so we could drive through Half Moon Bay and along the beautiful coast, while avoiding the traffic nightmare.

I dream of growing our own “Atlantic Giant,” out back, but lack the stamina and will power of the serious growers. It’s fun to read about the efforts the hard-core growers employ, and to see the amazing results.  It was quite the thrill growing a 62 pound beauty this year.

I can’t wait to see what the seeds and flesh are like inside.  My husband lovingly carves our pumpkins year after year.  We dry and store seeds for the following season and the cycle begins anew.

U.S. Census Bureau and the Guinness Book of World Records

The Autumnal Equinox is a mere six weeks away and our vegetables are showing signs of late-summer fatigue. We were excited to harvest our robust stalk of corn but knew it was best to harvest within two hours of eating for maximum sweetness. 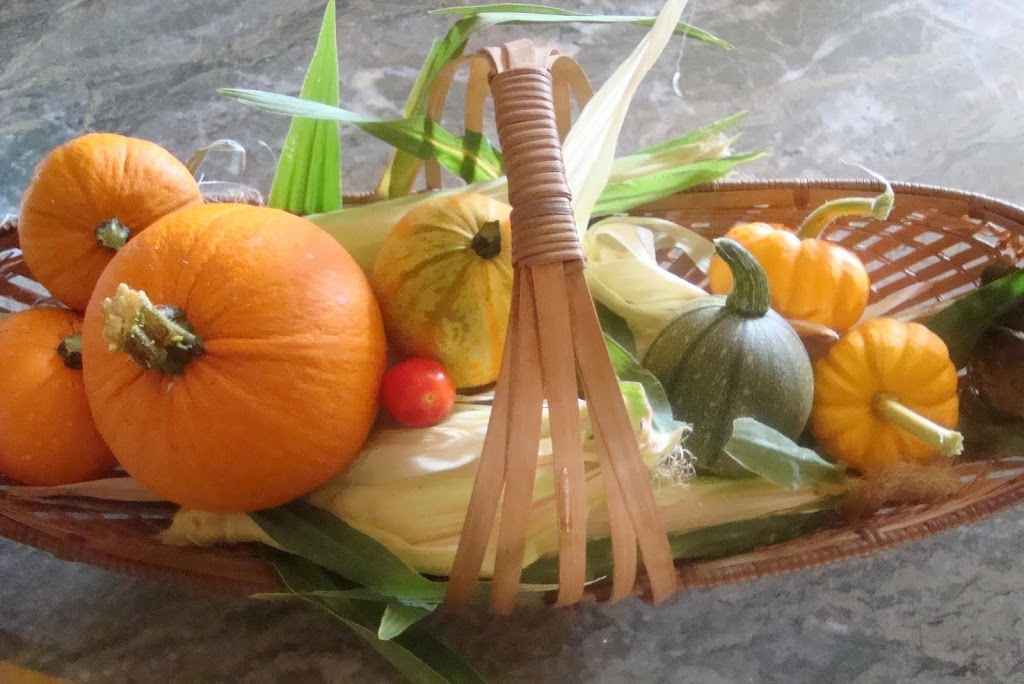 I put a pot on to boil, but sadly we were about a week too late. The corn had already started to dry and was flavorless and tough. We’re hoping for better luck next year.

We love to plant tomatoes and pumpkins with corn as an afterthought.  Next year I think we’ll dedicate one-third of the planting beds to a block of corn to increase the likelihood of success.  This is a great primer on planting corn in small spaces: How to Grow Corn 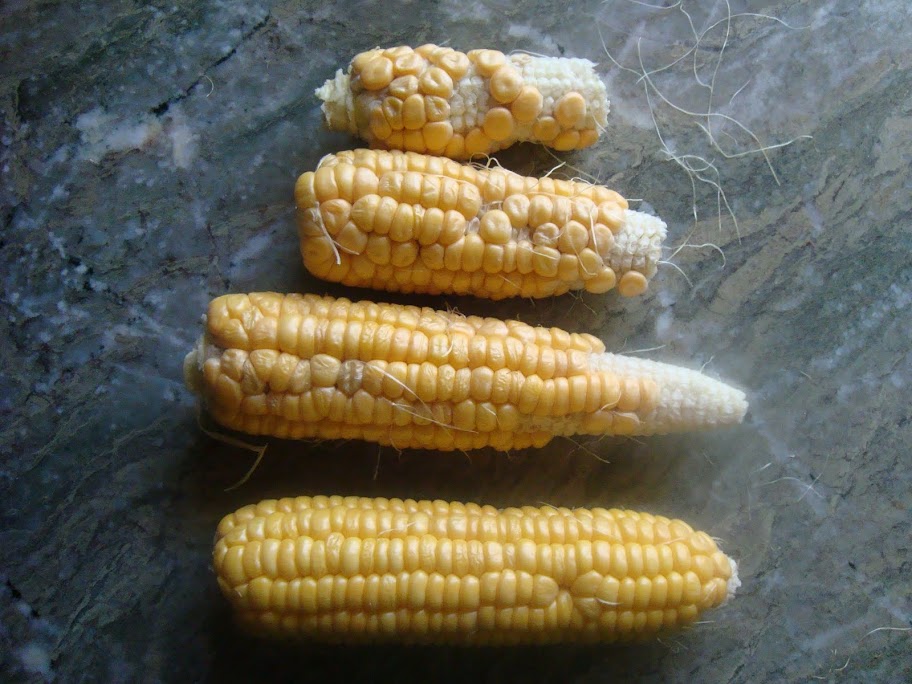 Tomatoes have been slow to ripen this year, due to moderate heat. We had late season rains, and cooler temps, neither of which seem conducive to their ripening. The plants are covered in green fruit, so we’ll hope for some hot days ahead.

Our sunflowers bloomed, but not before one of them reached the rooftop! It’s over nine feet tall. Magic! 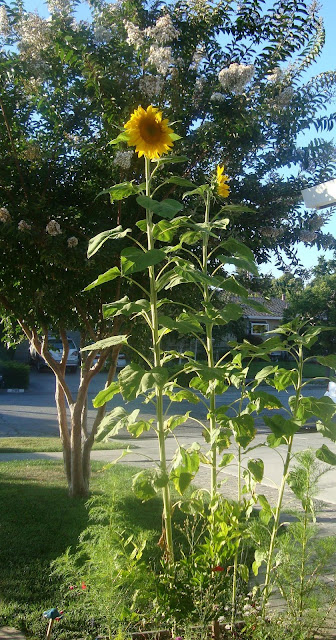 We’ve kept a close eye on our pumpkin crop, fencing off as best we could to discourage squirrels and rats. That said, we’ve noticed a recent onslaught. We harvested a few pumpkins this week after finding several partially eaten fruit. We have two exquisite white pumpkins,our first year planting the (Cotton Candy) variety and several smaller orange ones.

And a few leftover from last year’s carvings.

A handful of pumpkins were left to ripen on the vine. An offering of corn and partially eaten pumpkins rest on the grassy side of the fence to appease the late night snacking crowd. 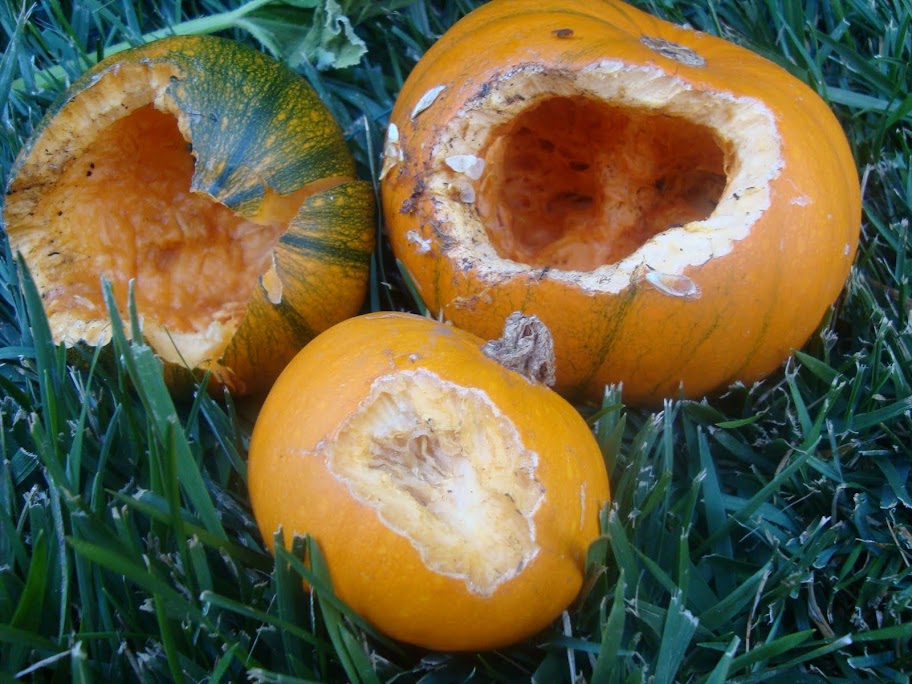 Show Me Your Teeth

A gardener can dream, can’t she? 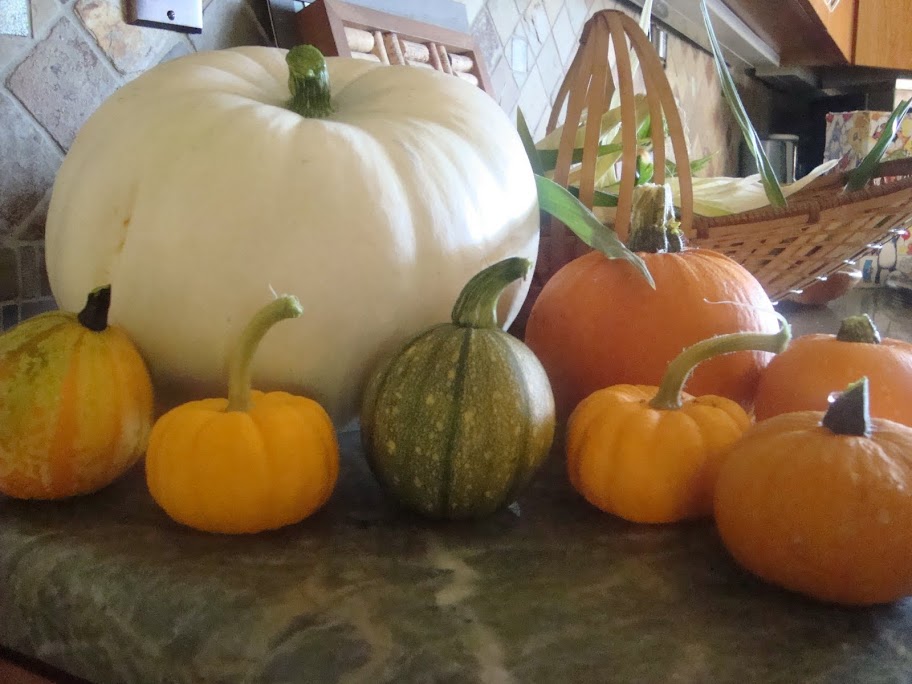