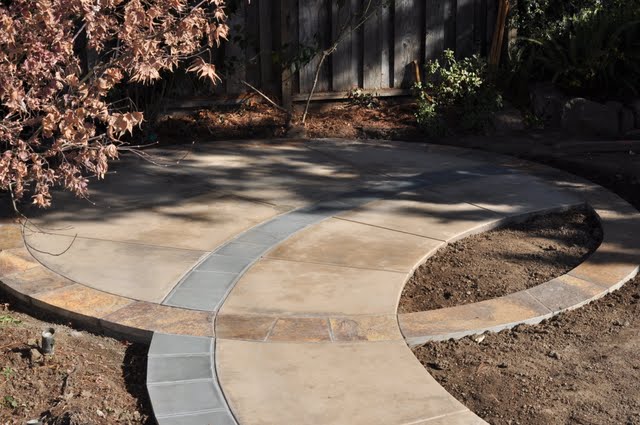 The Stones Were Laid into the Outer Ring

Our talented designer incorporated many of the stones into the new patio design and they look sublime!  Additional stones created a curving walkway along the vegetable garden.  Still, so many remained. 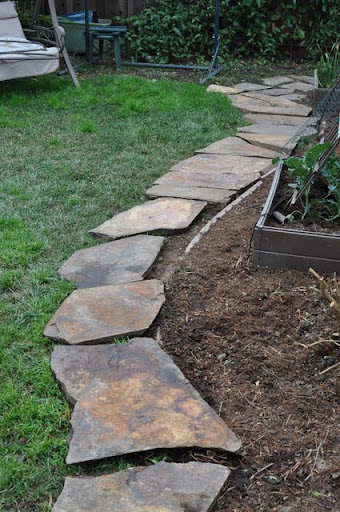 Hoping these bronze beauties could find a second life, I placed a call to friends in the community.  They were in the planning stages of their own back yard and guess what?  They’ve been looking at natural stone to incorporate into their own garden design.  Several wheelbarrow trips later, the beautiful bronze stones have found a new home.  The ever- gracious recipients said:

We are thrilled to have such an opportunity to use your beautiful stones in our yard project.

We are so grateful to you that you believe so strongly in the value of re-using!  It really is a wonderful and useful way to live in community. I’m happy you are getting the backyard you’ve always wanted too. It looks great and more functional.

Once again, we have a need for what you now don’t…..and we are most appreciative. The timing of this is remarkable. Thank you.

Finding the perfect “home” for those stones has had me smiling all day. 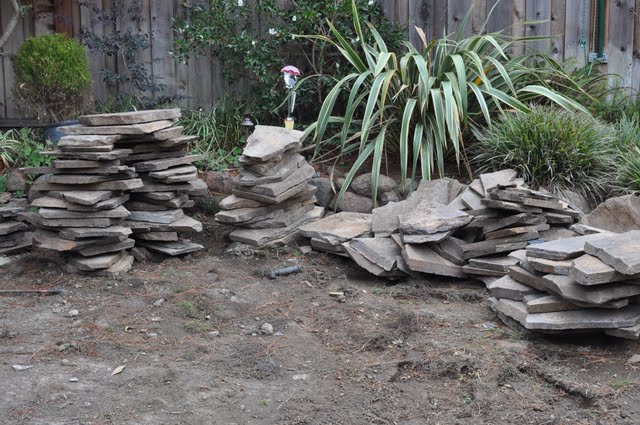 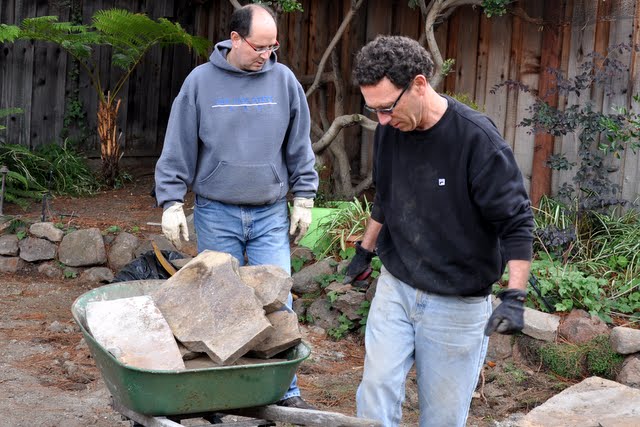 Have Wheelbarrow, Will Travel 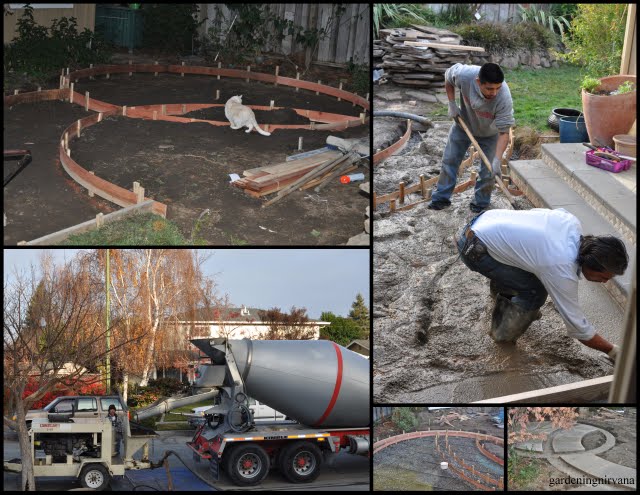 We never intended a major do-over of the backyard.  It was nothing to write home about, but it was our little postage stamp of a garden on our suburban, percentage-of-an-acre lot.  I spent hours pulling out ivy, trimming back overgrown shrubs, and hiring professionals to prune tall trees.   When my son was two he helped me plant annuals along the fence.  I would coach “dig the hole, put in the plant, add some soil” and he would repeat back, “…put in the oil.”  Mike gave me a gift certificate to a local nursery one year, and together we picked out annuals and perennials.  I poured over my beloved Sunset Garden books.   Life in the garden was good.

Then we remodeled.  If you’ve embarked on similar projects, you understand the phenomenon of one thing leads to another.  We extended the house by a mere 185 square feet, and with that the garden was lost:  Our beloved almond tree, diseased, had to come down.  Grass was trampled, paint brushes cleaned, nails dropped.  The electrical panel had to be enlarged, which meant damage to the siding.  Siding had to be replaced which meant removing some shrubs.  At the end of the day, what was left of our garden was a sad mess.

We hired a landscape architect who designed a beautiful garden, and we selected stone slabs to replace the existing poured concrete.  It was a greener option, allowing water from the irrigation below to bubble up and water the ground cover.  We spent the extra dollars to purchase “select” stones; code for bigger pieces will cost you.  To this day I’m not exactly sure how it happened, but an unsupervised stone-layer proceeded to break those large stone pieces into smaller chunks.   The designer was angry when she saw the work and demanded of us “is this going to work?”   After nearly a year of remodeling we were suffering from a serious case of decision fatigue. So…we cried uncle.  Yes.  Yes, it’s fine.  It’s fine.  Really.  And we thought it was.

The patio was a flop.  The irrigation below only worked for half the stones.  The roots from the neighboring pine tree lifted and broke some of the stones; others were placed too far apart, creating ankle-twisting hazards as we maneuvered our way around.  The table was constantly tipping to one side and the chairs had to be carefully arranged and re-arranged every time you sat down.   I replanted the ground cover on three different occasions, pulling weeds as I went.  The weeds would take hold again, as if to point out who was boss.

So, eight years later, we’ve filled up our proverbial piggy bank and hired the talented J.P. Bergez.   We asked J.P.to incorporate the stones into the design so that we could re-purpose them in a more practical way.  We lived with the greener alternative for seven years, but practicality was about to win out.  Don’t hate me ‘cause it’s concrete.