It’s been a long wait.

My namesake Aunt Alys died in London in August of 2008. It’s taken a decade to receive the promised copies of her photographs, reminders of her enchanted youth.

As years go, 2008 was one of my worst. My younger sister fell early that year and broke her hip, further complicated by her MS. She was in rehab for a month. My mother also had a series of falls in what was the beginning of her decline. She died that year three days after Christmas. My father-in-law died of a heart attack that June and my mother-in-law passed later the same month.

The following months were a blur dealing with attorneys (solicitors) from two countries, sorting through possessions, attending funerals, and tending to a multitude of tasks, while continuing to raise my boys. It was hard. 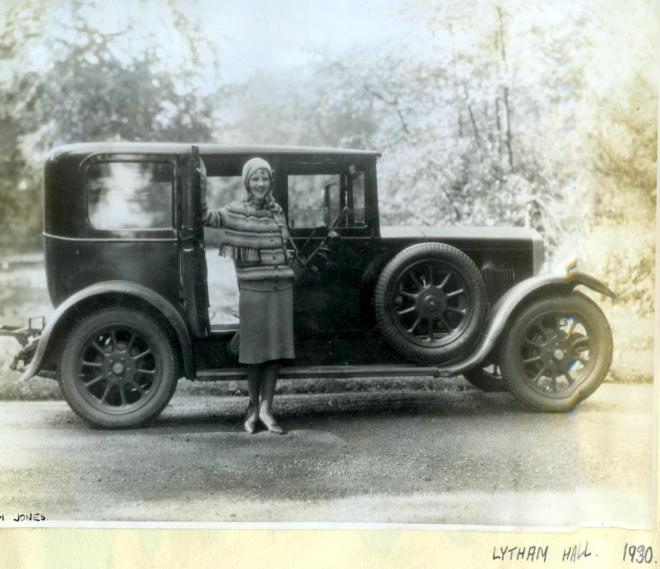 My aunt’s executor delayed her London funeral for a month so that I could settle my boys in school before flying to England.  I looked through her albums while in London, but on the day of her funeral, her solicitor took me aside and said I would have to wait before claiming them. Things got messy from there.

Though my aunt left us a generous financial legacy, it was the photos I craved. Initially they said “it takes time”. Later they said that her friend and executor would copy the photos to CDs. I left voice mail messages, sent unanswered emails, and appealed to their sense of decency. Her friend and the beneficiary of part of her estate stopped returning my emails. Periodically, I conducted internet searches to see if her name surfaced. If you Google “Alys Milner” it turns up searches for me or my aunt.

Through a search I learned that her friend donated her albums to the Victoria and Albert Museum. I contacted the museum by email, waited weeks for a reply, and was finally contacted with apologies and assured that the photo albums were in their care.

Aunt Alys’ photos were not on display, but instead stored in the museum’s archives. I can’t imagine she would have wanted this, but her friend seemed to think it was more important to store them in a museum than to send them to her niece.

I asked the museum’s archive department if they would send me copies, but they said they were not available in digital form. I was welcome to come to the museum and make my own copies, no easy task when you live across the pond.

Last month, eleven years after my initial request, I received a letter from her solicitor asking me to confirm my address. A CD with a few copies of her photos and scrapbooks would soon be on their way.

Aunt Alys didn’t have children, and she didn’t think anyone would want her photos. I assured her that we would treasure all of them and she verbally agreed nearly twenty years before her death.

On the cover of a fitness magazine

At long last, the CD’s arrived. It’s been a thrill seeing her photos once again but how I wish she were here to fill-in the details of her interesting life.

Not everyone can rock a bathing cap

No caption for this one. A modeling shot perhaps

This one seems risqué for the time

Captioned “Burton & Garland” Queen of something

Glam shot. I love these pants

Newspaper clippings from her scrapbook. 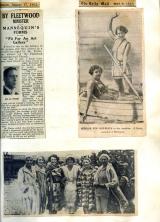 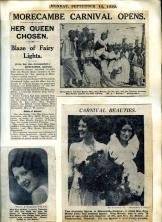 The other Alys Milner

Sharing these photos evokes a mixture of nostalgia and loss. Aunt Alys married in 1937 and two years later, England was at war with Germany. My aunt took part in the war effort, bringing clothing to bombing victims after the air raids, while my father served as a translator in India.

The wedding party. My father is the tall gentleman, third from the right

My delight at finally receiving copies of these photos, gave way to an unexpected sorrow. Grief travels its own path. For now I’ll just let it be.

67 thoughts on “Treasured Photographs Give Way to Grief”