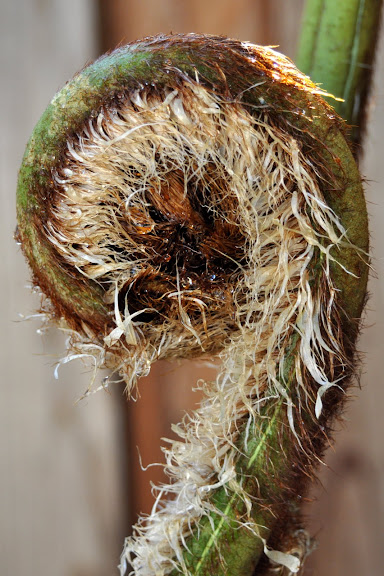 This glorious fern lives under the orange tree in our yard.  It fascinates me!  I’ve been searching Google images all morning, but I can’t seem to locate a similar one.  When I do I’ll post the botanical name.

From early March through late June or July, it unfurls these otherworldly fronds.  When I started photographing the process I expected it to take several days.  Two days later the tightly wound coils unfurled, leafing out into large, fan-like leaves.

I learned the hard way that the dusting of brown feathery scales is a skin irritant, no doubt a natural defense mechanism against foes and photographers alike.  I had to toss all clothes in the wash and shower-mid day to stop the infernal itch.  Beware!

Now that fern-unfurling has arrived in my backyard, I’ll be out there everyday, camera in hand.   I’ll keep a respectful distance of course.  Birding is fun but ferning is funnier! 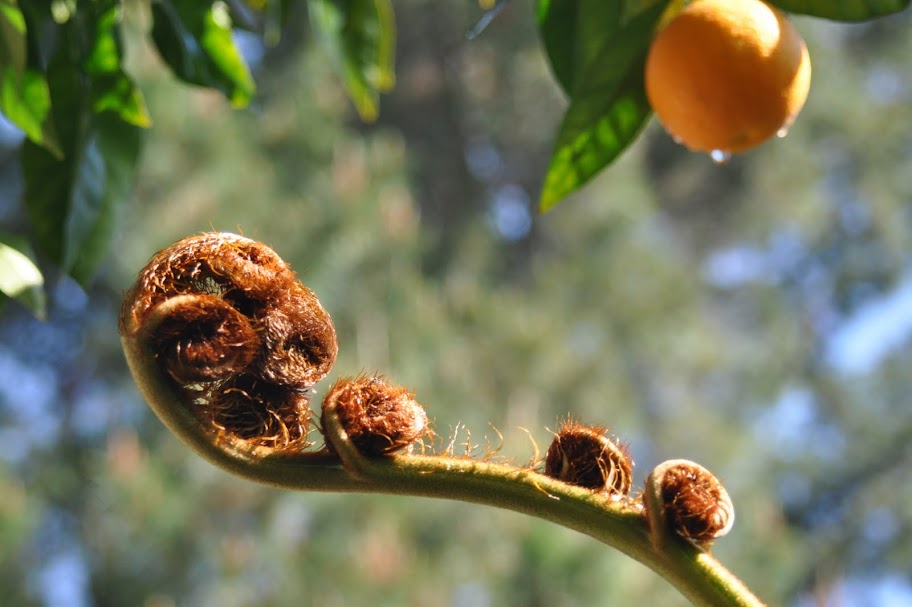 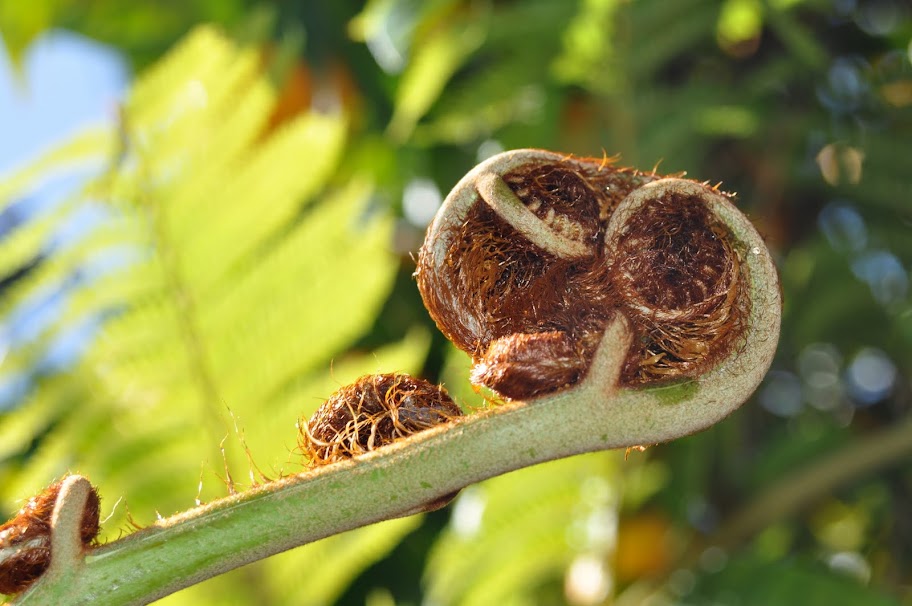 Happy Under the Orange Tree 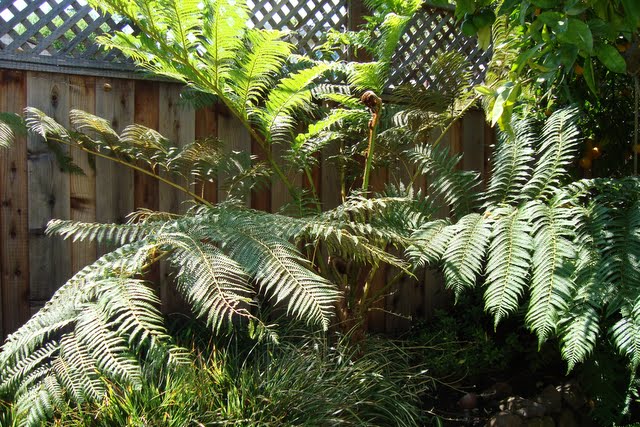 Update:  This is a Woodwardia fimbriata, commonly known as a Giant Chain Fern