Some weeks are better than others.

This wasn’t one of them.

Friday night, as my son left his desk, he reached down to unplug a small space heater. We were together in our home office. When he reached for the cord it was scorching-hot, so he quickly pulled his hand away. Within seconds, sparks started shooting from the electrical outlet. 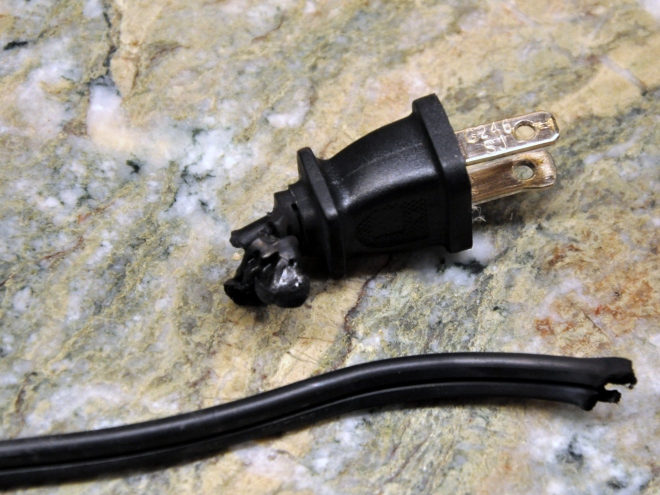 If you been through something like this, you know that time distorts. It slows down to a crawl, at least in your mind, as you try to absorb the information at hand.

We have a disabled fire extinguisher in the garage.

My older son called into the room: “It’s an electrical fire, don’t use water.” Mike headed outside to the fuse box to cut the power. 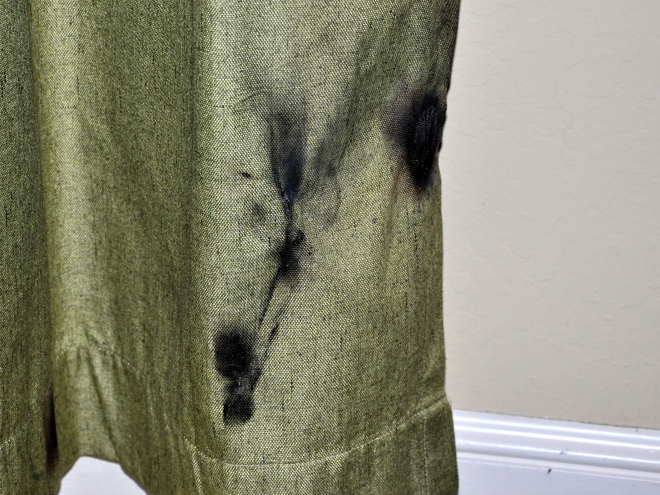 Sparks shuttered like oil in a hot pan, popping in place on the bamboo floor. Then the drapes caught fire…or didn’t. They’re synthetic, so they started to melt.

I backed out of the room, grabbed a chair cushion, and returned. Flushed with fear, I smashed away at the sparks. Suffocate the flames. That’s what I’m supposed to do.  Cushion in hand, I whacked at the sparks on the floor. I hit the outlet, apparently breaking the melting cord at about the same time Mike killed the power. I stood there in the dark, waiting for the fire to come back, but just as quickly it was over.

We all handle these things differently. My son joked that it was his “first fire” and I countered, “let’s call it your last.” Mike assured everyone that all was fine. We managed to make light of what could have been so much worse and even sat down to an evening meal.

About thirty minutes later we regrouped, opened the windows to some cool night air, and Mike helped me take down the scorched drapes to help with the smell. I would deal with the layer of soot in the morning.

Saturday morning dawned. Instead of feeling rested, Mike and I woke up with a bad cold.

Actually, it turned out to be the flu. I called in our regrets to a friend’s Christmas party, an evening we hated to miss. My sister and I were attending a card making class on Sunday to celebrate our October/November birthdays. I had to cancel that too.  We slept for hours, fitfully, painfully, all the while hoping our boys remained well.

Tuesday rolled around and I had to cancel my volunteer shift at a food bank. I felt about two feet tall making that call, but there are other days, other shifts, and you realize life carries on just fine without you.

In the words of someone brilliant: This too shall pass.

Having that tiniest of fires in my home taught me how quickly and unpredictably a fire can start and spread. We’re lucky. My son is fine. There is no significant damage to our home and the rest of my family is safe. We lost a few immaterial possessions and as soon as I’m well, I’ll be updating that fire extinguisher.

I’ll never own or use a space heater again.

The big fires are out of my control. I’m trying to heed other’s advice by doing what I can without falling into that deep, dark hole of despair.  It’s been a devastating year for our beautiful state.

The Thomas Fire scorched as of Tuesday night—about 425 square miles (1,100 square kilometers), or 19 times the size of Manhattan.

54 thoughts on “Flu and Fires, Big and Small”