A few years ago, a landscape designer mentioned the benefits of using ornamental grasses in garden design.  I wasn’t sold on the idea.  A few years before, I read an article on invasive grasses in our state, nearly impossible to destroy and prolific to the point of taking over native plants.  Would my garden also be overrun by the invasive grassy beast?

One of our neighbors had a beautiful ornamental grass in her garden, but it eventually overtook an entire corner of her backyard.  It required heavy pruning which in turn created a homely plant.  Well.

As you may have guessed, I eventually reconsidered!  We now have several varieties of ornamental grass, each uniquely graceful and one of my favorite garden elements.  The shortest of the grasses is a stand-out for its lemony-green striped leaves, soft and no more than six inches tall. Known as  ‘Aureola’ Japanese Forest Grass,  the plant grows low to the ground but spreads about two feet wide.  It turns brown when dormant, but bounces back to its beautiful self in the spring! 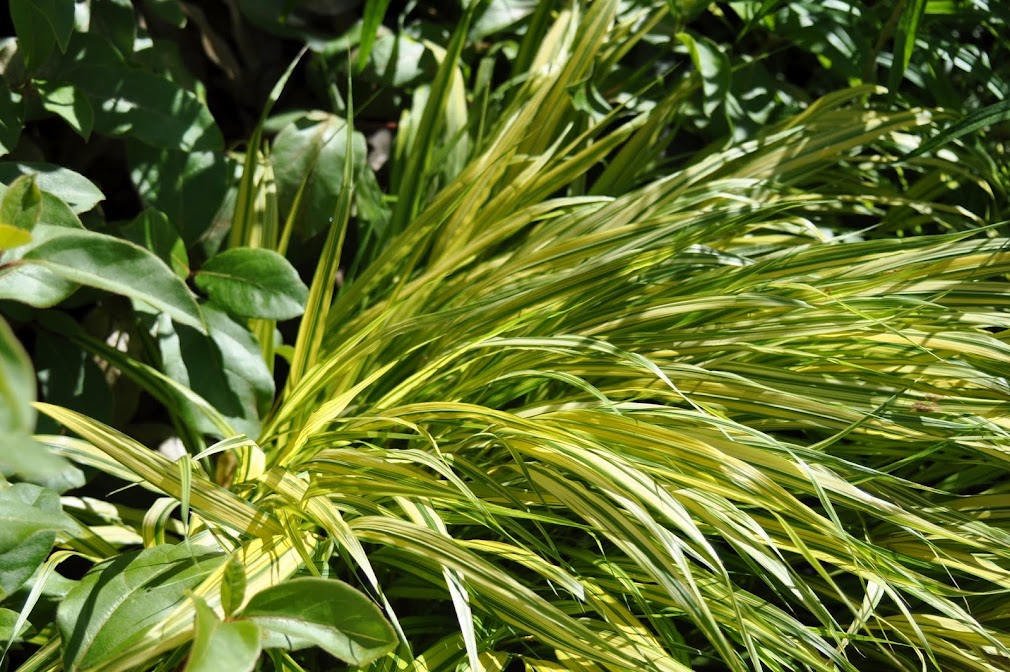 Along our property line, we have a swaying wall of New Zealand Flax.  Full at the base, the plant gives way  to tall, feathery grasses that change color with the seasons.  Last fall and winter they were golden-yellow.  The Flax now boasts several deep shades of purple with a bit of gray. 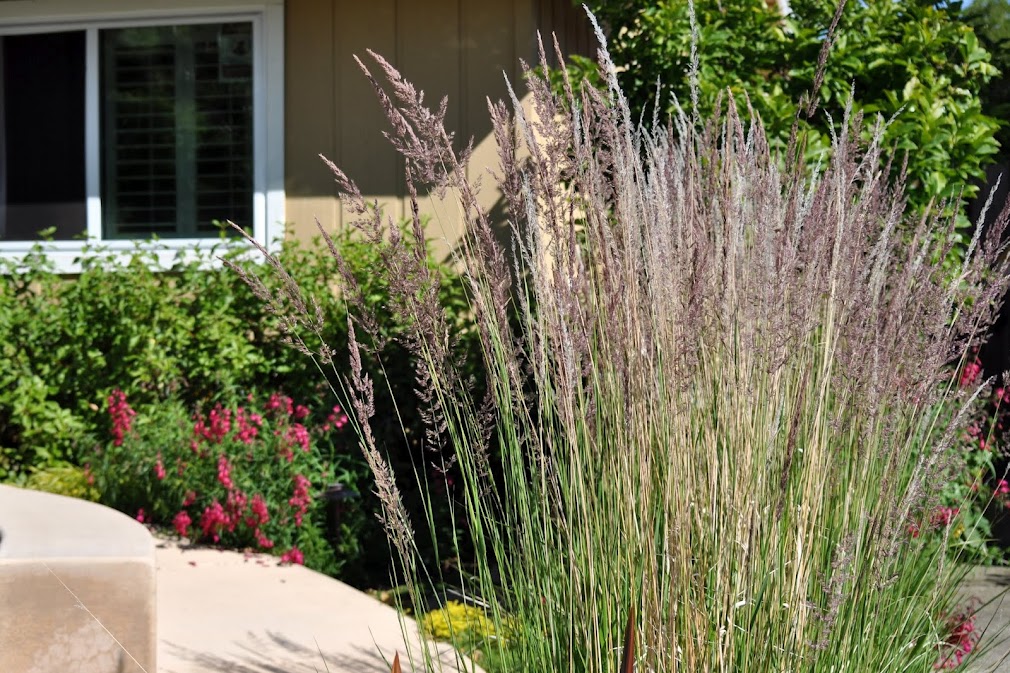 We have a single specimen known as Giant Feather Grass bumping up against the steps.  The grass arches over the top half of the ramp and catches the afternoon sun.  It reminds me of an over-sized dandelion with its tall stalk and ball-like grassy top. 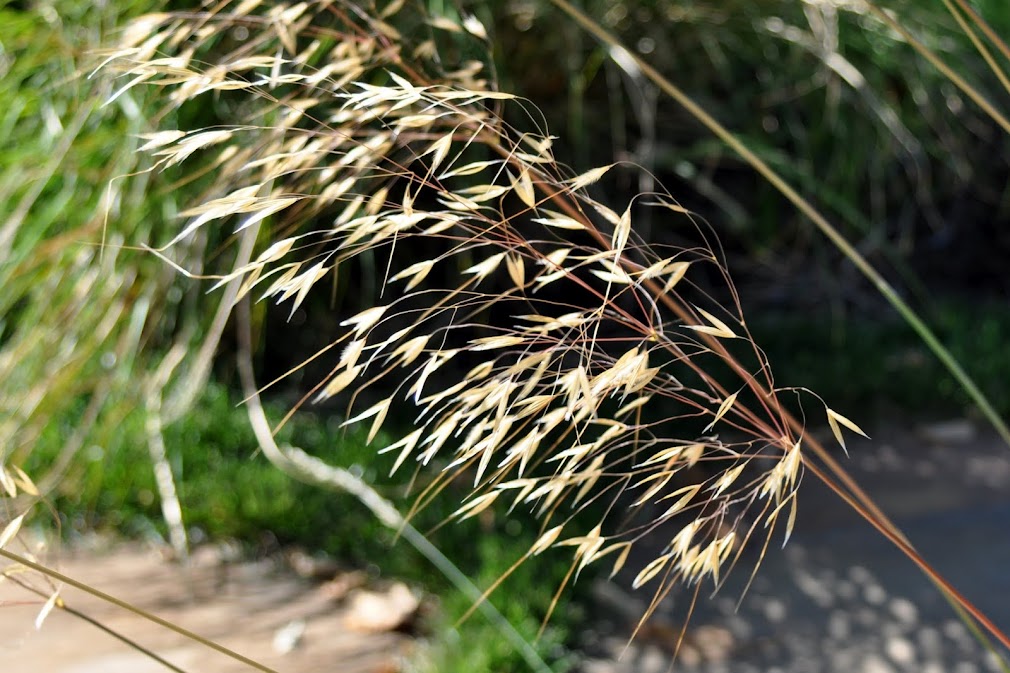 I’m always trying to capture their beauty with my camera, but the movement and wistfulness make for a lot of blurry pictures.

If your climate supports growing ornamental grasses, I urge you to consider one native to your area.  The constant movement and the play of light are stunning.