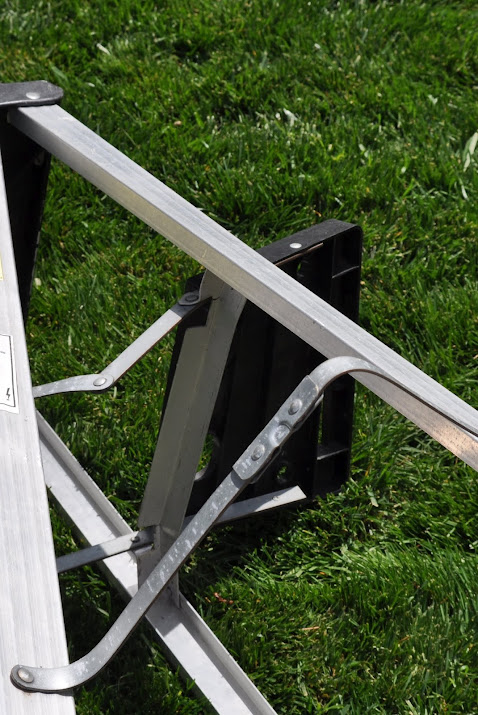 We bought bird netting for the fruit tree and I was attempting to drape it from the top.  The leg of the ladder sank into a soft patch of dirt, fell sidewise into the fence and deposited me backwards. It’s hard not to feel like the village idiot. It’s not the first time I’ve been up on a ladder.  I should have made sure that fourth leg was stable.

So, the netting is now unceremoniously stuffed around the tree.  Next time…I’m glad I get to say next time.

Ladder Safety according to the OSHA Quick Card complied by the United States Department of Labor. 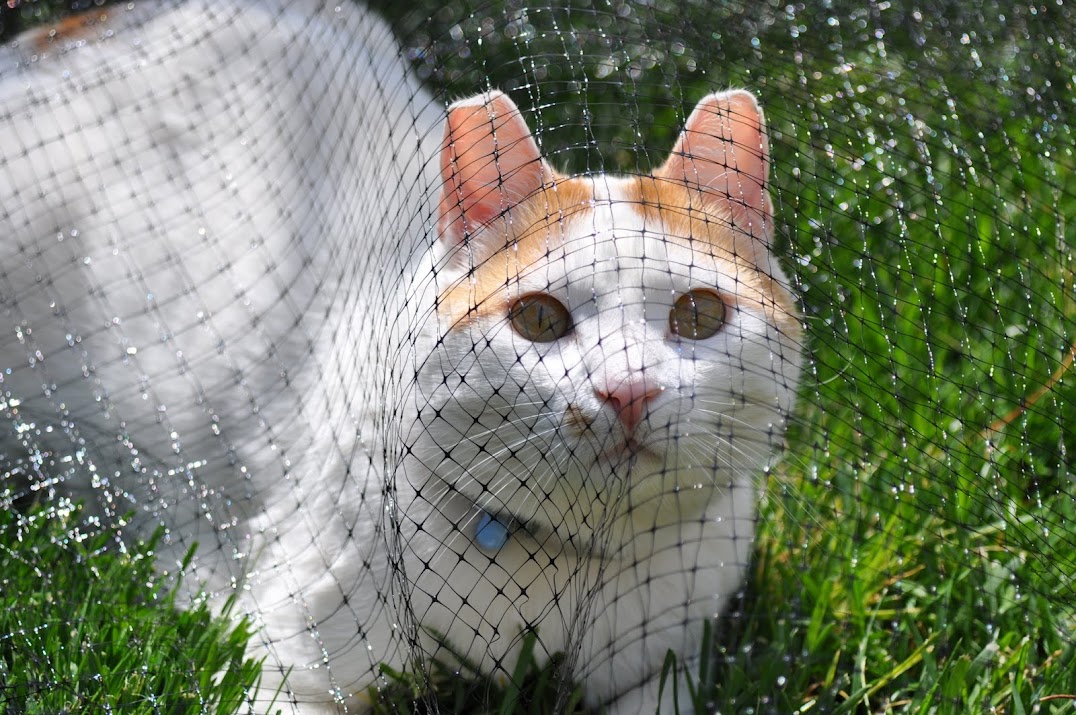 Kitty Decided to Net Himself 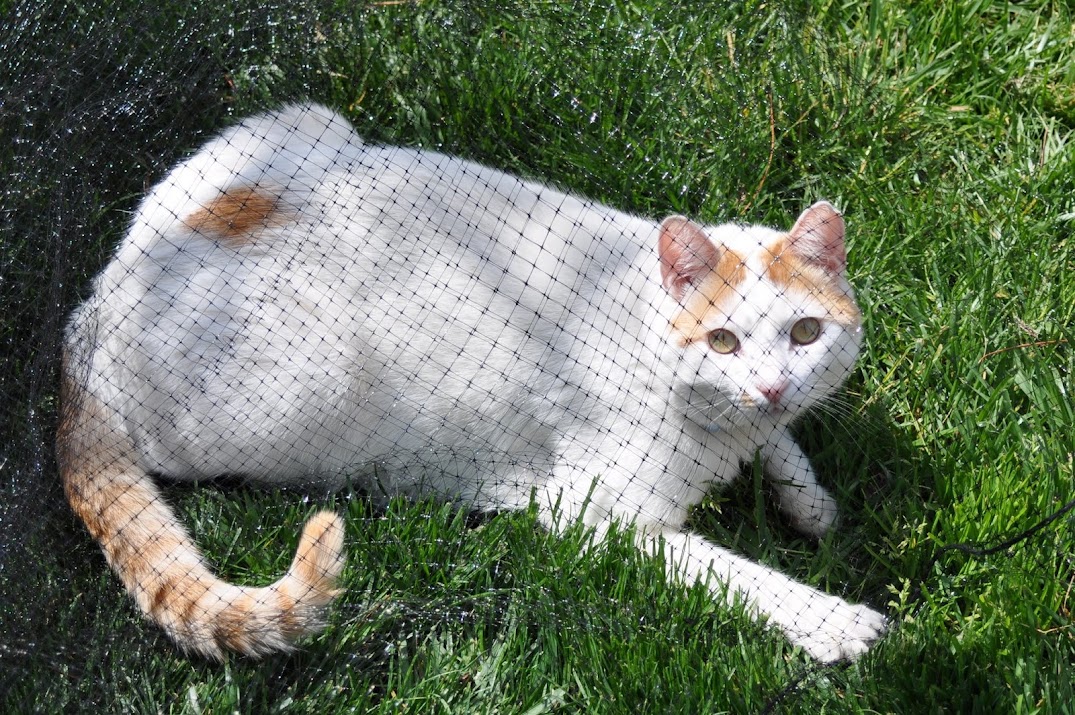