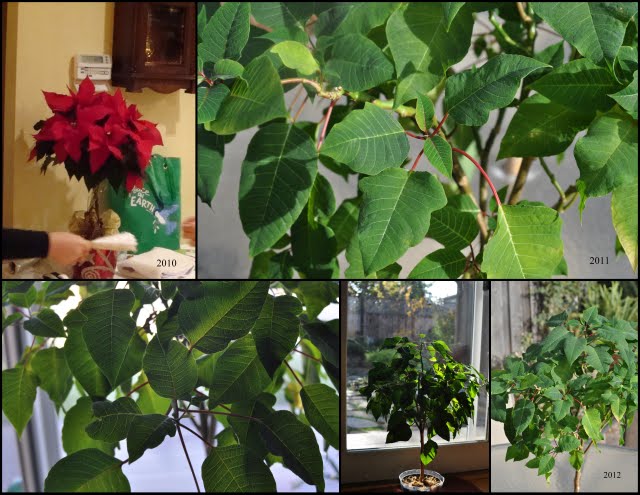 I can’t seem to kill houseplants.  Most of the time, it’s a good thing.  I treat each plant with TLC, ensuring the proper pot size, location, water needs and the occasional fertilizer.  Once a plant finds the perfect corner of my abode, it thrives for years and years.

Back in 1988 I purchased two asparagus ferns from the local Woolworth Garden Center.  They were a bargain at seventy-nine cents each.  I planted them together in one pot and kept them next to my bed in my tiny apartment.  Plants were always my favorite way to decorate.  Unlike nick-knacks, plants change and grow.  And grow they did.  Eventually I split them up, and had two plants for my apartment.  Two years later I moved in with my sister and the plants came too.  Six weeks after the move, the Bay Area experienced a 7.1 earthquake.  The jolt of the quake flipped a mirror off of my bathroom wall, cleared the entire counter of its contents, including potted plants, and landed unbroken on the floor.  We had little damage, but spent a few days cleaning up the various messes it created, scooping up potting soil, broken containers and the like.  The ferns survived.  They moved back to Campbell for five years, and then joined me in Fremont as a newlywed.  By then the plants were quite large and had developed spiky thorns.  We eventually settled in San Jose where we started a family and those ferns, long past the house-plant stage, now live a contented life along the back fence.

Two years ago a Poinsettia came to live with us, a gift from someone who mostly took from our lives.  The plant was a beautiful specimen, grown as a standard instead of a shrub.  It spent some time on the kitchen counter, later moving to the living room as the seasons changed and it needed more indirect light.  Ironically, as the plant thrived, the awkward relationship stumbled, fell, limped along and finally, ended.  The end of the relationship was dramatic and ugly, but necessary for the mental health of me and my family.

Without tricking a Poinsettia into thinking it’s been through a cool, dark winter, they gradually lose their scarlet red bracts.  The tiny flowers also come and go, but through all of this, our plant remained healthy.  I tossed out the glittery holiday-themed pot, moved the plant back to the kitchen, and there it continues to thrive.  My family comments on the plant from time to time, aware of its giver and the frenzied drama that swirled around us. It’s a marvel the plant has survived.

Unlike the ferns that developed thorns to survive, the poinsettia lost its brilliant color as it dropped each scarlet red bract.  It has become a healthy, green and otherwise unspectacular plant, a contrary reminder of a turbulent time.