I got ahead of myself on Monday and I’ve paid for it all week.

I love pruning. It appeals to my organizing side: tackling a rambling shrub or vine and bringing the wandering branches back under control. Taming the beast, so to speak, at least temporarily. After reading up on the additional sun needed for my winter garden, I got down to business. The hardenbergia hadn’t seen a hard prune in six years. It was time. Pruning would allow additional sunlight to shine on the garden beds as summer waned.

Up and down the ladder I went, in the morning before it got too hot; again in the evening before dark. My neighbor helped from the other side of the fence while my husband sharpened tools. My youngest son pulled twigs from the lattice and eventually we tamed the vine. Over the years the vines “braided” themselves around each other, up along the fence, through the cat fencing and around the supports. Pruning felt like the dismantling of a puzzle. 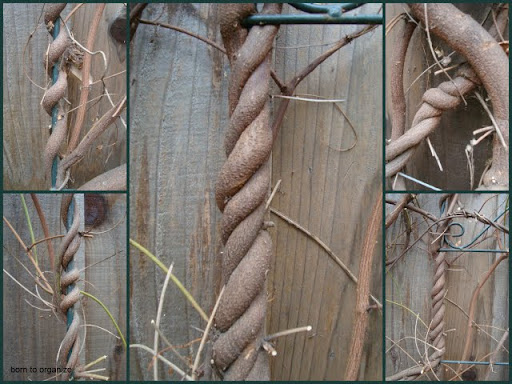 Empowered by my success, I tackled the Pittosporum next. My boys started new schools Monday, so I was employing the “busy hands” technique to keep from worrying.

My inner obsessive gardener took hold and I sawed, chopped and trimmed branches for an hour and a half. 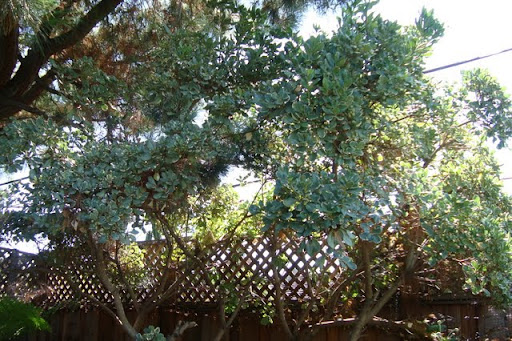 Satisfied with my progress and sticky from sap, I finally relented. Sadly, it was too late. My neck ached, then throbbed and by day’s-end I was miserable. I employed the usual “cast of characters” including a hot bath, topical analgesic and a couple of naproxen.

The next day I felt worse. I tried ice, more analgesics and even slept wearing my trusty cervical collar that night. By Wednesday a migraine moved in and I finally called my chiropractor. Darn if she wasn’t out-of-town!

Five days later I’m almost myself again. It’s hard to give up or give in to your body’s woes; to admit that you aren’t as young as you once were. Age and a series of auto accidents have robbed me of my once-nimble neck. It’s time to call in the pruning professionals. The price for the pleasure of pruning is officially too high.

4 thoughts on “Pruning at a Price”