As January draws to a close I’m struggling mightily to find some equilibrium.

It’s been a month of cold and frosty nights. It burns off early, but some of our plants collapsed from the cold. 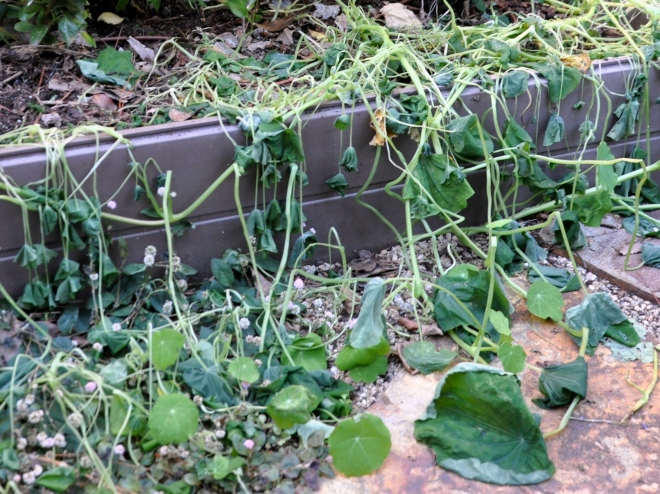 These nasturtiums bloomed last spring, died in the heat of summer, then self-seeded in late November. The frost did them in.

It’s also been a month of rain.  Cold days gave way to magnificent rain storms. It was too much all at once, but at the same time exactly what we needed. The sky opened up and dumped record-breaking rain on our parched state.

Washed out trail along Almaden Lake

The powers that be declared last week that the six-year California drought is all but over.

Pacific storms in early January have brought widespread, intense precipitation to California, providing relief to some drought-stricken regions but also flooding. According to the U.S. Drought Monitor, about 35% of the state is no longer experiencing drought, and the proportion of areas under extreme-to-exceptional drought fell from 38% on January 3rd to 28 percent by January 10. Cumulative precipitation hit a record high, doubling the historical average for this time of year. While a weak La Niña persists, sea surface temperature will transition back to normal by February 2017. Surface reservoirs, especially in Northern California, are beginning to refill, but groundwater aquifers in many parts of the state remain severely over drafted and will take far longer to recover. Source: Californiadrought.org

Yesterday the temperatures climbed into the high sixties (19 C). A week of unseasonably warm days offered a much-needed dry out for communities with overflowing riverbanks and mudslides. Potholes turned into sinkholes, and the CHP humorously named one Steve.  You can read about Steve’s short “life” as a magnificent sinkhole here. I’ve been raking pine needles, removing dead branches and gently pruning damaged leaves. 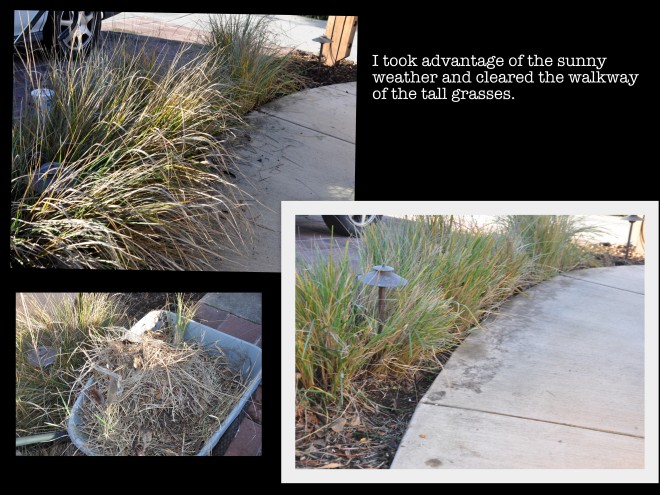 And finally, it’s been a season of disquieting change.

The country said goodbye to President Obama and First Lady Michelle.  Obama the candidate campaigned on hope. Once elected, he brought intelligence and grace to the White House. Obama governed in measured and thoughtful ways, and his presidency was one of inclusiveness.  When the US elected its first black president, it gave the rest of the world hope. The United States was not a racist nation after all!

I still don’t know how we got here? January draws to a close in a season of hatred. Inexplicably, this country reversed course. We’re on a maddening and frightening  path to the 1930s. 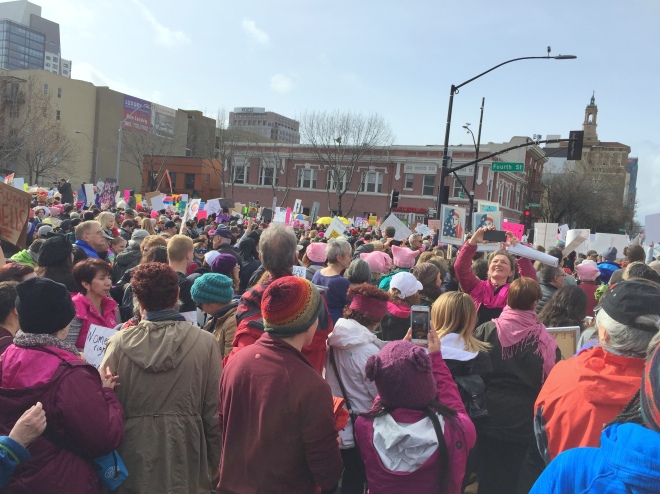 I’m trying to find a balance between action and despair. It’s only about a week since the women’s march and I’m already feeling deflated. Pauline said it bluntly: we’ve elected a mad man.

None of the rules apply.

46 thoughts on “One Month, Four Seasons”