The verdict is in, at least as far as our cats are concerned. It’s a resounding “yes” to fresh-picked catnip. I performed this highly scientific test in random order. In other words, whatever feline showed interest first. Since Lindy, 10, had her eye on the plant, I started with her. She immediately dove into the lawn where I placed the catnip, rubbing her chin against the leaves.  I pulled my hand away to take the picture, and she continued to nuzzle the leaves. Next up, Beijing, 15,who came by to see what all the fuss was about. She leaned down to smell it, rubbed it a bit, then picked it up and took a nibble. Tasty!  Slinky, 2, is a wild one, frightened of just about everything. She took some coaxing, but once she got a whiff of the catnip she immediately took to the scent as well.

Neighbor kitty hung out on the fence, observing the tests and making sure I didn’t falsify the results and jeopardize my catnip seed funding. 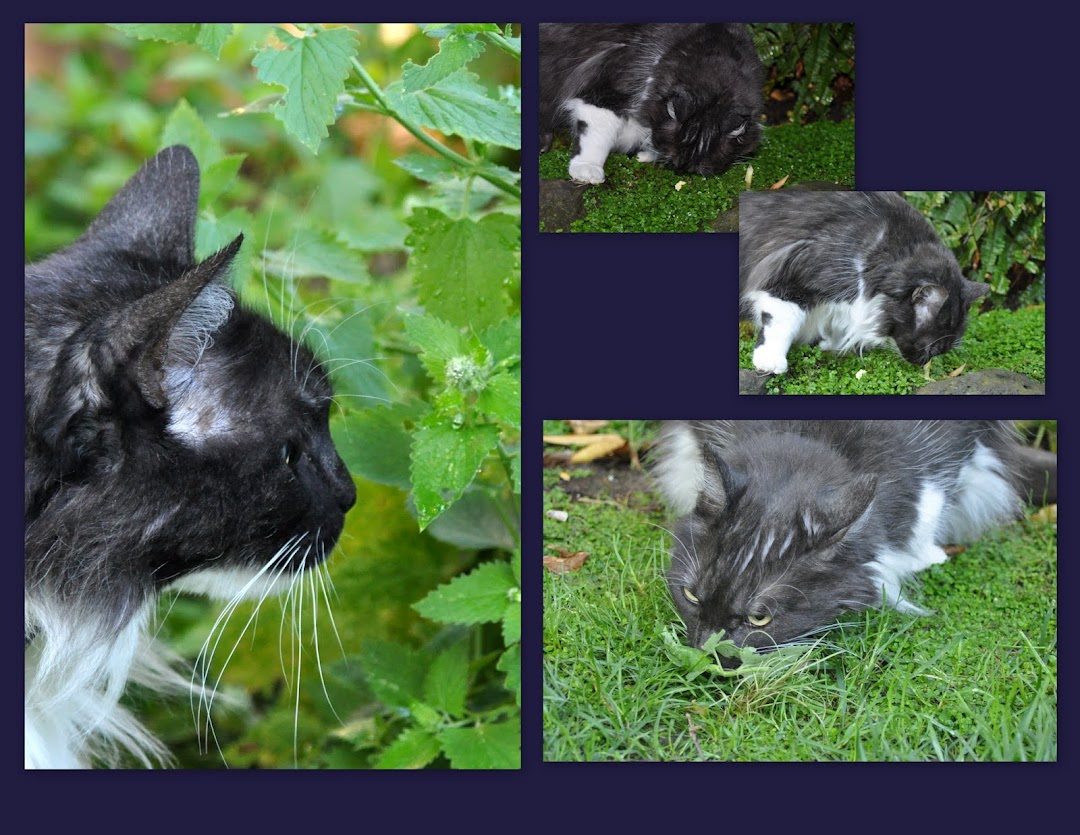 Lindy-Lu gives it a Paws-Up 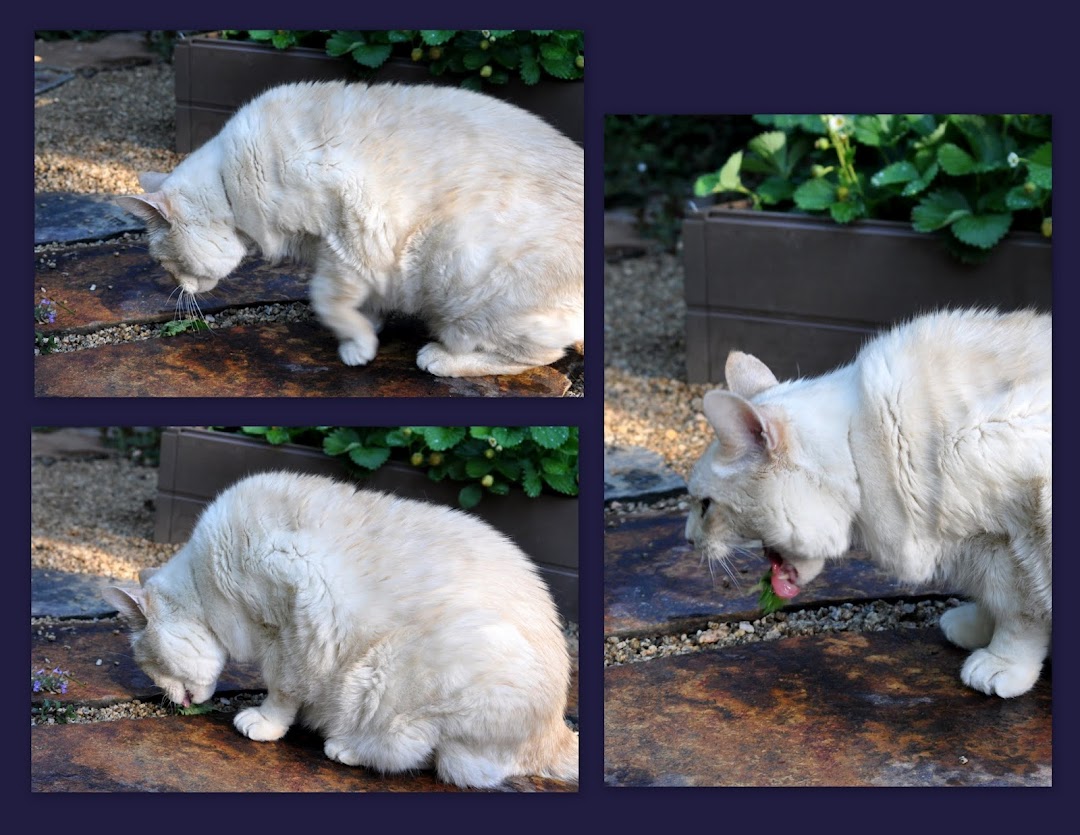 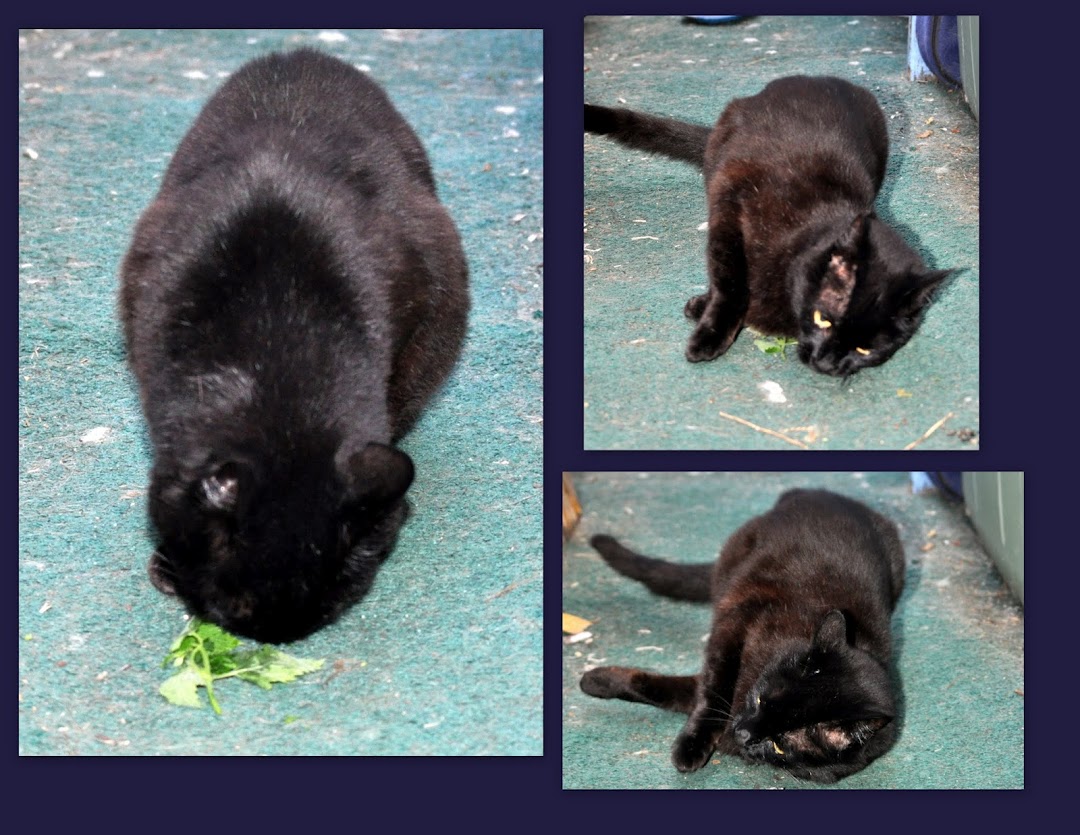 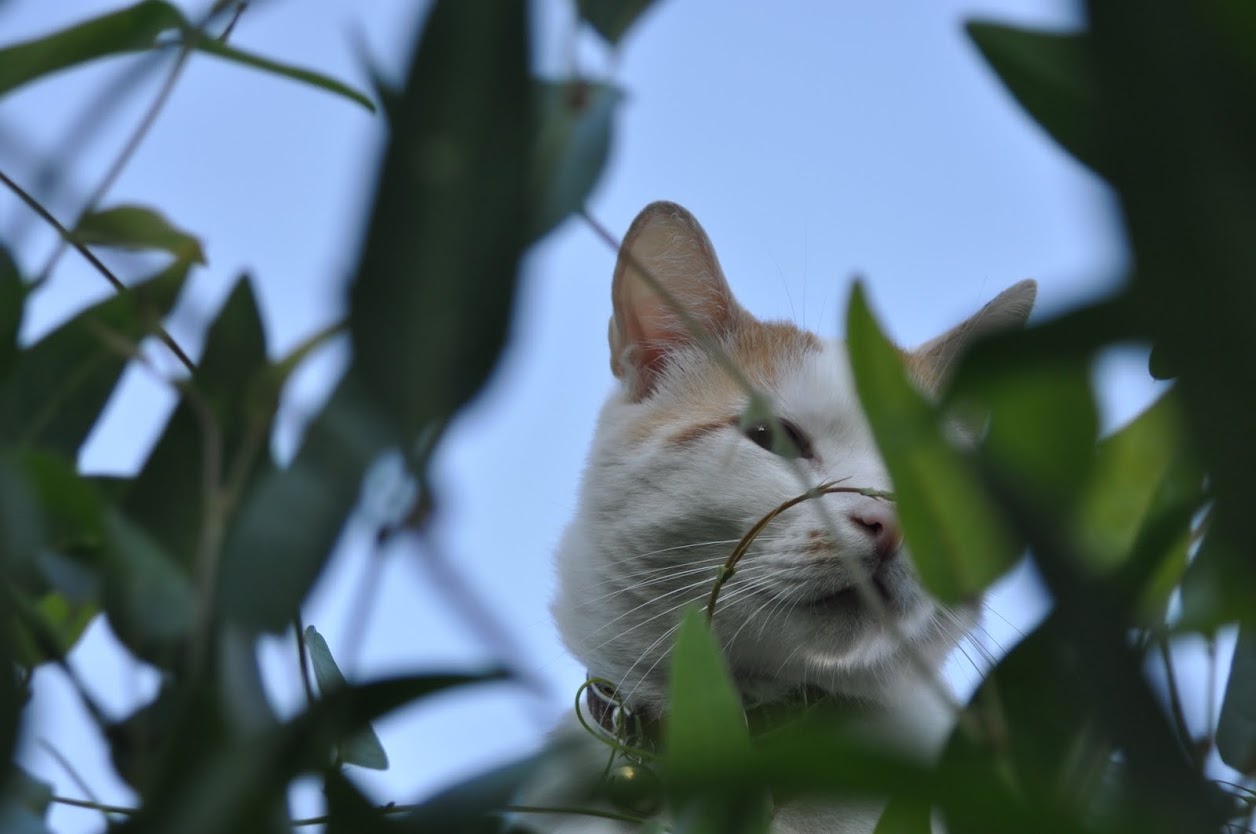 Neighbor Kitty: I’ve got my eye on you!

You can read more about the properties of Nepeta cataria, also known as catnip or cat mint here.